It has been just over a year since I first started to compile the interviews that make up this blog. As of last Friday, the book is available on Amazon (UK, Europe and US) as a 178 page print edition. The Kindle version will be available shortly.

I am enormously grateful to all the contributors and their staff for putting helping me put together this work.

40-70% of the royalties will go to The Prince’s Trust, a charity that works with disadvantaged young people in the UK, I will not personally profit from the book’s publication. 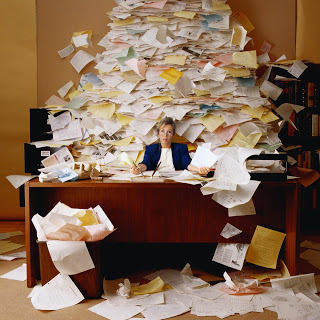 For anyone unfamiliar with WPP it may come as a surprise that the world’s largest advertising firm started off as Wire and Plastics Products plc, a British company selling wire shopping baskets. Looking for a corporate “shell” in which to grow the business, Martin, formerly finance director at Saatchi & Saatchi, bought a 30% stake in the company in 1985.

He surprised both the communications and business world with a string of major acquisitions, taking over some of the oldest and most prolific advertising companies in the world. By 2013, WPP was employing 162,000 people worldwide and had revenues in excess of £7.5 billion. Martin himself is now thought to have a net worth of £115 million and is the longest-standing FTSE 100 CEO.

“My dad said “find a job you enjoy doing” and I think that’s a critical component. It’s a terrible phrase but “a bad decision on Monday is better than a good decision on Friday”, meaning you should just get on with it and I think that’s really important. It means if someone phones you, phone them back, if someone writes you a note, answer them as quick as you can because they have taken the trouble to write it, don’t ignore them. Those are the sort of things that I think are important”.

He has entertained American troops during WWII, prime time television audiences in the 1980s and students at Glastonbury. During a career that has spanned more than 70 years, successive generations have grown up with Sir Bruce at the heart of British television. The length of Sir Bruce’s career is well documented, less well-known is the story behind his rise to prominence in the 1940s and 50s.

Sir Bruce had no contacts and very little in the way of funding when he started performing dance routines in theatres around the country. To practice his acts he would have to tear up his parent’s carpets so he could use their floorboards and the pay from his first professional act didn’t even cover his transport home. He played second fiddle to major stage acts for 16 years before he hit the “big time” at the London Palladium in 1958. By the mid-Sixties Sir Bruce was the best paid entertainer on British television.

During a refurbishment of her boyfriend’s home Chrissie found it was impossible to find white home-wares in national retailers that were both affordable and good quality. After extensive market research she found that white bed linen, table covers, towels and china, were generally either poor quality and cheap or luxury items that were too expensive for the majority of consumers.

Chrissie launched The White Company as a mail order business in 1993 with the aim of providing excellent quality white products at an affordable price. She left her job as a beauty journalist on Harpers & Queen and started to build the business from scratch.

“We want it go be a great experience the minute you walk through the door. To be inspiring and exciting, inviting and welcoming, yet calm and serene. Some of our customers actually tell us they love it so much they often pop in just to calm down if they are having a bad day! We want it to be somewhere you love to spend time in, a bit like home really and somewhere you know you can trust the quality, advice and service.”

This list charts in detail the world’s richest people. As well as giving an overview of the world’s richest, Forbes allows viewers to browse by age, nationality, name and source of wealth. Forbes found 1,426 billionaires in 2013, with a combined wealth of  $5.4 trillion, up from $4.6 trillion the previous year. This is the 27th instalment of the Forbes list.

“I think this notion that it’s the individual and the cult of the entrepreneur troubles me somewhat. I don’t know many entrepreneurs that don’t have an amazing team around them and I was incredibly lucky that I have always had a great team around me. Brent is a really remarkable person, my family is really remarkable, my boyfriend has been extraordinary. I really mean that very profoundly, it’s made life a lot more fulfilling and I have been a lot more successful than if I had been alone. Obviously it is hard to praise yourself but I hope I have a not-totally-self-aware optimism so what I like to think is I believe in the possible”.

Born to a Welsh-speaking family in Swansea, Rowan Williams went to a nearby state-school where he proved himself to be a relentlessly studious child. By his early-teens he was not only reading extensively but also writing poetry and essays on history and religion. He went on to study and teach theology at both Oxford and Cambridge.

In 1986 he became the youngest professor at Oxford, a year after having been arrested for protesting against nuclear proliferation at RAF Alconbury. Following a series of academic appointments he was elected and consecrated as Bishop of Monmouth, in a “calling he could not refuse”, giving him an opportunity to return to the Church in his home country. He later became Archbishop of Wales before taking up the See of Canterbury. Rowan was the 105th Archbishop in a line that goes back more than 1500 years to Augustine of Canterbury in 597.

Over the last 15 years, Peter Bazalgette has brought some of the best known television formats to our screens. He founded his own production company, Bazal, in the early 90s, making the most of the experience he built up at the BBC as a producer.

He is responsible for the creation of some of the most important entertainment shows in recent television history, including Ready Steady Cook, Changing Rooms and Ground Force.

Crucially, these programmes were not only popular in the UK, but many were sold abroad, in as many as 30 countries. Peter is perhaps best known as the man that brought Big Brother to the UK, starting a ten year long craze that dominated the news as much as it dominated Channel 4’s evening schedule.

The popularity of the series has been a major factor in the success of Endemol, the international production company that absorbed Bazal in the early 90s. During his time as the Chair of Endemol UK and Creative Director of the Endemol Group, the value of the firm trebled to €3.2 billion.

When Julian Fellowes started work on Gosford Park he had hardly expected it to be made into a film, let alone win the Best Original Screenplay category at the 2002 Oscars. On the face of it, that was an extremely improbable outcome, Gosford was Julian’s first screenplay that had been made into a film and it was competing against both Amélie and Memento. As he said in his acceptance speech: “I feel as if I am in A Star is Born and any moment now Norman Maine is going to come out and whack me in the mouth.”

The Oscar win was the reward for a lifetime of hard work and the pursuit of success in the entertainment industry that had started when Julian was a student. The theatre scene at Cambridge allowed him to explore both his interest in acting and his interest in the British class system. Away from the idyllic life he had enjoyed as a child, university introduced Julian to the full spectrum of human society, stimulating a fascination with class that has inspired many of his scripts.

Alan Johnson held some of the most senior roles in the governments of Tony Blair and Gordon Brown. Having been elected to Parliament in 1997, he went on to become the Secretary of State for Work & Pensions, Trade & Industry, Education, Health, and finally Home Secretary. Alan began his life in absolute poverty, growing up in one of the most deprived parts of London. The Johnson family had no central heating, no indoor toilet and his mother, Lily, was a victim of domestic abuse. She died when Alan was just 12 years old, making him and his sister orphans. He left school at 15 before taking up a job stacking shelves in Tesco and becoming a postman aged 18.

How Did They Do It?
Blog at WordPress.com.
Loading Comments...